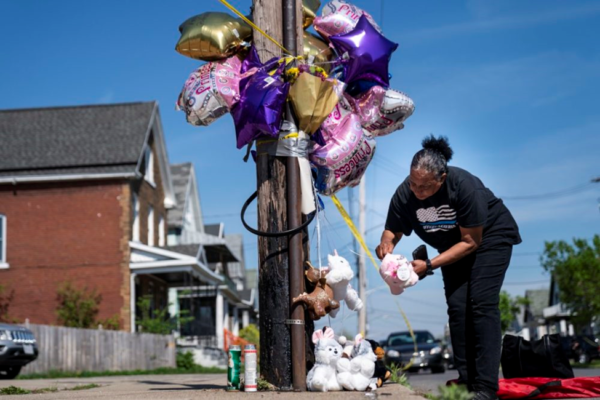 Words make a world and the world our words are making in this nation these days is pretty ugly. The Tops Supermarket massacre in Buffalo, N.Y., is the latest example of vicious words that were turned into violent action. The North Carolina Council of Churches stands with other Councils across the country denouncing the rhetoric that produces violence. We especially call on our elected officials in all parties, but particularly the two dominant parties, Democrat and Republican, to renounce such speech. We call on them to stop using violent language or innuendos toward violence.  Furthermore, we call on them to renounce violent language from anyone in their respective parties, censoring those in their party cohort if the behavior is not voluntarily checked.

Those who speak are not the same as the one who conducted a violent rampage and killed ten innocent people in Buffalo, N.Y. He is described as a lone gunman, but was he really?

Sharing in the responsibility for this crime are those who recklessly and irresponsibly teach and preach racist, false narratives on social media platforms and other various news outlets. They were not physically present at the Tops Supermarket, but the spirit of their rhetoric was present. They did not purchase the guns and ammunition; they did not aim the gun; but their fingerprints are on the murder weapon.

Other hands were also on the gun May 14, 2022, at the Tops Supermarket.  Many of us condone the mean-spirited under-currents roiling our nation today. Those currents now surface regularly in violent rampages like the one we saw Saturday and again on Sunday. The hate-filled, mean-spirited talk, only slightly veiled, we hear from some candidates running for public office lends credibility to that which should be openly denounced—violence is not a political tool. These candidates were not physically present for these massacres, but the spirit of their rhetoric was present. Their fingerprints are on the murder weapons.

Finally, other hands that were on the guns used this weekend are perhaps unwitting hands, but they are present all the same. These are the hands of you and me, the hands of those who see our country going down a path characterized by hate, violence, and fear; but remain silent. When we fail to speak out against the direction our country is going and the rhetoric that is taking it there, we bear some responsibility. We were not physically present in the places where violence occurred, but our silence creates complicity. Our fingerprints are on the murder weapons.

ABOUT NORTH CAROLINA COUNCIL OF CHURCHES The Council enables denominations, congregations, and people of faith to individually and collectively impact our state on issues such as economic justice and development, human well-being, equality, compassion and peace, following the example and mission of Jesus Christ. Learn more about our work here: www.ncchurches.org/about

Masks are again required when inside . . . 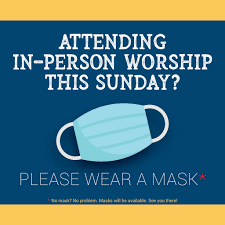 The COVID infection rate for Durham County is on the rise again. FPC is returning to “MASKS REQUIRED when inside” beginning Sunday, May 8. Single use masks for adults and children will be available at the church if you need a mask.

We encourage those who are eligible to receive the vaccine and boosters to protect yourself and others from the newest and more contagious variant of the COVID virus, by getting vaccinated. 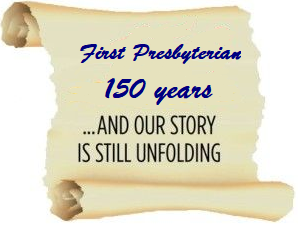 Snapshot No. 1 On the 25th Anniversary of Its Founding: A Snapshot from 1896

Snapshot No. 2 Our Church in Crisis Times: The Civil War

Snapshot No. 3 Our Church in Crisis Times: World War 1

Snapshot No. 6 Our Church in Crisis Times: World War II

Snapshot No. 7 Our Church in Crisis Times: Whither the Downtown Church, Relocate or Remain?

Snapshot No. 8 Our Church in Crisis Times: Race Relations from Jim Crow to Brown and Beyond

Special thanks to FPC historian Peter Fish for writing these moments in FPC’s history and to Carol Carson who submitted the photos and images.